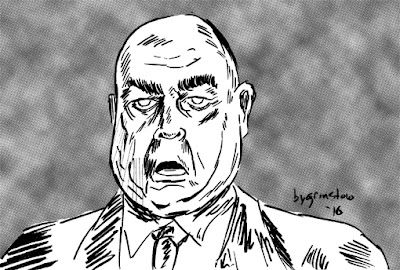 Intelligent Mold (or "Int Mold") affects the mind, taking over the thought process of it's victims, to it's own ends.

The Int Mold will grow in cool, moist places, slowly expanding to fill the suitable environment. When humanoids enter the affected area, the Int Mold will emit spores, attempting to take over the minds of those present. The Mold itself is intelligent, and will wait for the moment of hitting the maximum number of targets.

Affected individuals will have a mere 1d6 rounds each to react. After that, their minds are controlled by the spores.

The effect of the spores can be handled in (at least) two ways in play:

1) If all characters in the party are affected, simply move time forward some number of days, anywhere from 1d3 to 1d12. Characters and players will only find out what events and actions filled those days as they go forward, though the GM may have indicators in obvious places as soon as immediately. Suffice it to say that affected characters have not been themselves... An entire campaign could be re-jiggered in this way, from the obviousness of a band of saints and heroes becoming wanted outlaws, to effects more subtle, but no less problematical.

2) If some or all of the characters in the party are affected, simply encourage the players to 'play against type', to imagine their character's personalities have been subverted for a time (as above) and they should display wholly uncharacteristic traits, habits, and demeanor.


In either case, along with whatever strangeness the characters have been displaying, they are driven by a strong desire to help the mold spread itself. They may fill their pockets with handfuls of the stuff, and place bits of it in dark and dank places nearer to home, or in the next village they encounter, or a different dungeon, a different set of ruins, or wherever they can find in which the mold might thrive.

While the same individual can be affected by the Int Mold again in the future, the effects are lessened, and are completely negligible by the fourth exposure — except in rare cases where the victim becomes a permanent thrall of the Int Mold.