IRAVIAN, THE PROTECTOR OF THE GREAT SECRET 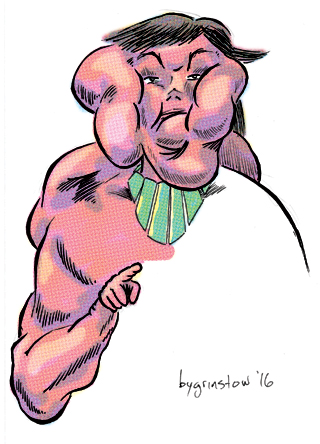 Her claw attack does 2d6 damage, while one of these dice indicates the number of lost hit points that Iravain regains, patching damage to herself by harming others.

Her appearance is swollen and bloated by decay in a disturbing and bone-chilling way. Once she has turned her distorted face to an opponent within 20 feet of her, that opponent must make a Will Save vs. DC 17 or be unable to strike her for the rest of the encounter, due to their revulsion.

Beings of the same alignment as Iravian can do her no harm. If they try, their efforts simply have no discernible effect, pass through her, or are otherwise supernaturally negated.

She can give up an Action Die and discard a wound she has suffered, as if peeling away a garment and dropping it to the ground. The Judge should simply write down each roll of damage done to her, rather than a total, and cross out wounds she discards.

Iravian has maximum hit points for her hit dice. Even so, her animal-level intelligence means she will not easily fight to her own destruction, taking note of escape routes and opportunities, and employing them as needed when called to retreat.

Iravian is activated by the Great Secret when Dzugana attempts to share what he knows with anyone, pursuing those individuals until she destroys them or they destroy her.

Extracted from bygrinstow at 8:30 AM
Email ThisBlogThis!Share to TwitterShare to FacebookShare to Pinterest
Labels: linked-in-death, monster, un-dead